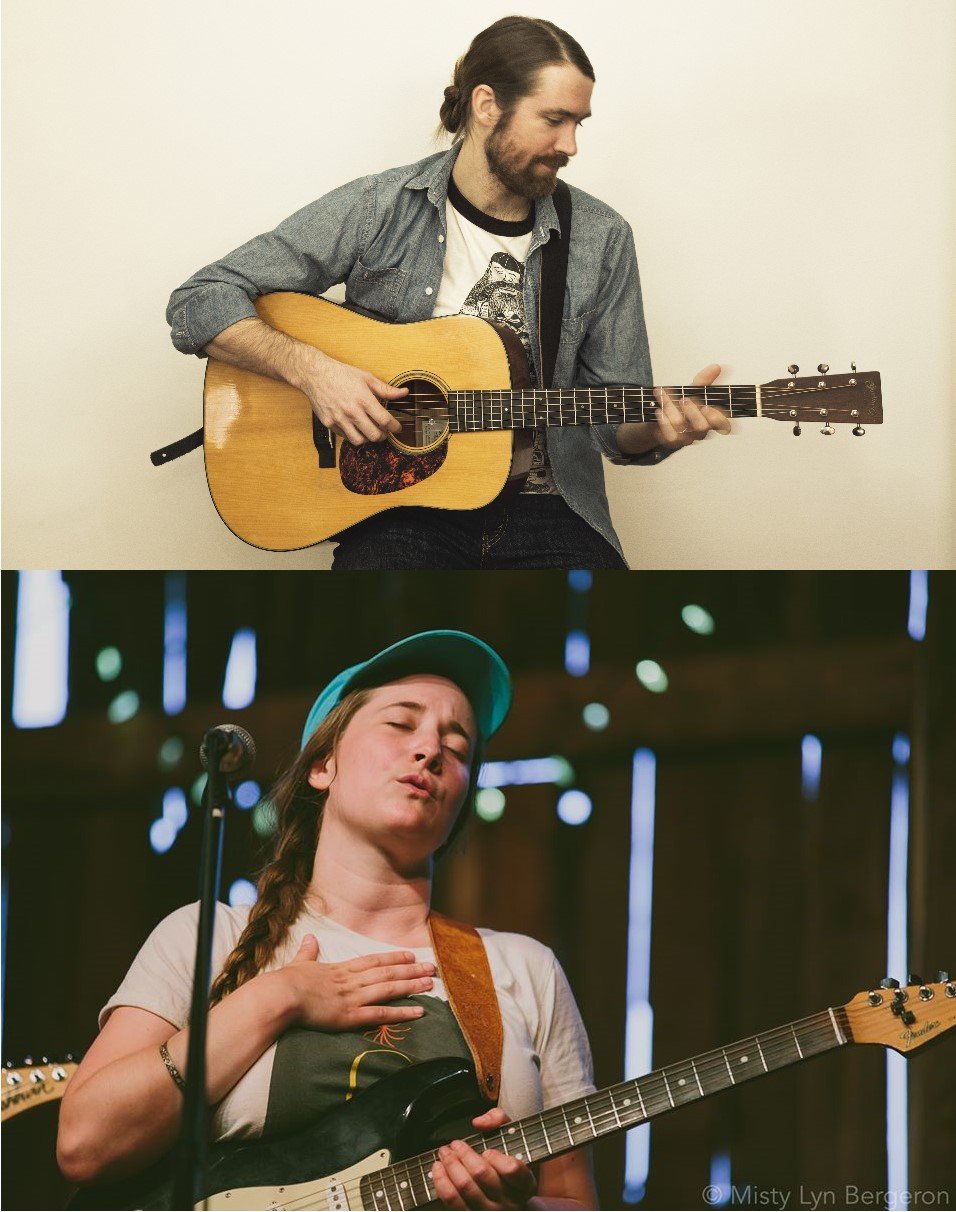 Michael Beauchamp-Cohen is a Michigan-bred songwriter, musician, and performer best known for his decade-plus collaboration with Laurel Premo in the Old-Time Roots, New Time Sounds duo Red Tail Ring. Beauchamp-Cohen writes lyrically dense, unconventional folk songs that explore personal subjects made universal through the process of their transmission. A veteran performer, he has played for audiences across three continents at a variety of festivals and venues, and shared stages with peers and folk luminaries alike.

Samantha Cooper’s voice is a gentle force. Her songs speak for their sound; from contemplative respites to danceable PSA’s. Sam has played in many ensembles from touring bands to old time string bands. She’s also a seasoned session musician whose voice and violin appear on over sixty albums. Sam is currently finishing her first solo album with support from the Kalamazoo Arts Council. She works as a musician and a facilitator for organizations such as Lost Voices and The Adventure Centre.